What are position vectors?

Recall that vectors can be represented as arrows that connect one point to another. Two vectors are considered to be equal as long as their magnitude and direction are the same. For instance, consider the following two vectors: 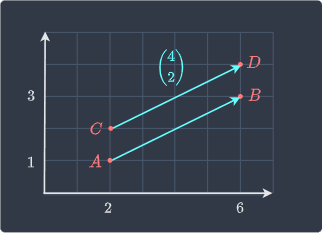 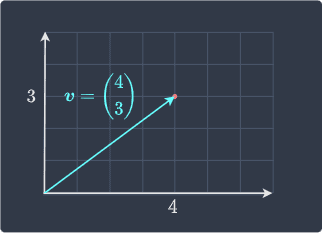 Because position vectors begin at the origin, we can easily express any point on the coordinate system. For example, the above vector represents the point $(4,3)$. As you would expect, the point $(5,2)$, for instance, will be represented by the following vector: 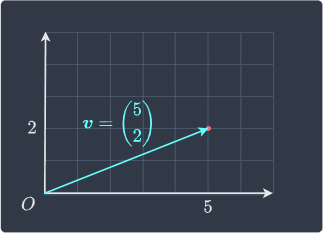 Unlike free vectors, position vectors are unique given a magnitude and a direction.

Suppose we have two points $A$ and $B$ and we wish to find the vector $\overrightarrow{AB}$ shown below: 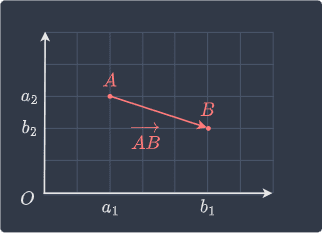 The vector $\overrightarrow{AB}$ is computed by:

Proof. Suppose we have two points $A$ and $B$ and we wish to find the vector $\overrightarrow{AB}$ shown below: 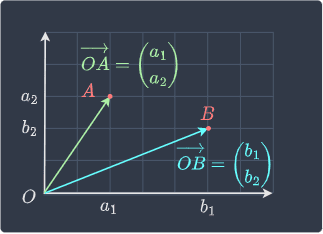 Recall the head-to-tail methodlink of vector addition - vector $\overrightarrow{AB}$ can be computed as follows: 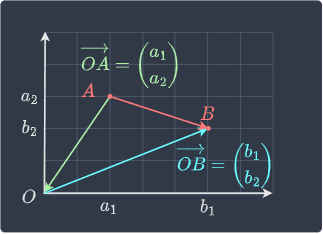 This completes the proof.

Computing the vector between two points 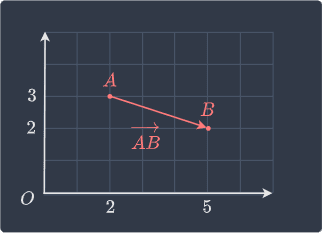 Solution. Let's directly use the theorem:

We can see that this is true in the diagram as well.

We have only discussed position vectors in two-dimensional space but they can reside in any dimension. For instance, a position vector in $\mathbb{R}^3$ is shown below: 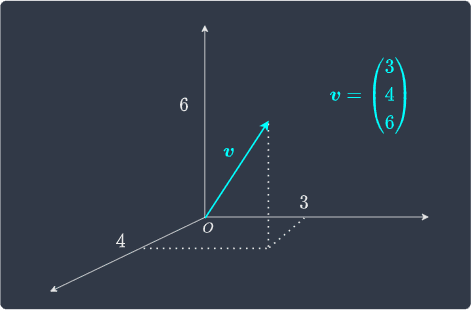 The vector between two points in $\mathbb{R}^3$ is: 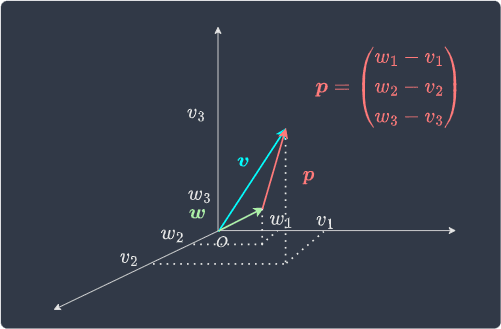