This reads, the complement of the union of sets $S$ and $T$ is the intersection of their respective complements. Visually it looks like the below: 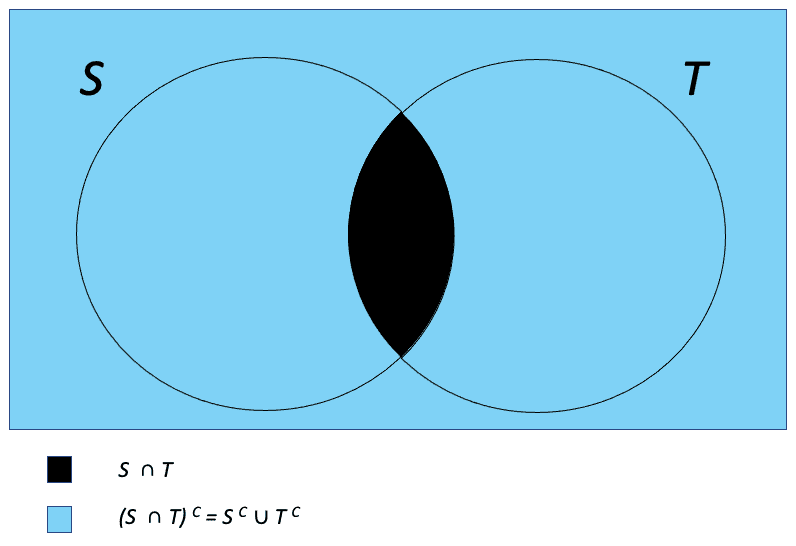 The logic behind this law is as follows:

In English this reads from left to right:

We can also come up with a second law, using syntactic substitution of the first law:

In the above we dealt with the specific scenario of two sets S and T, however, the law holds for multiple sets and can be represented using the below general form:

Complement of intersection of sets

Given $n$ sets, the complement of their intersection is equivalent to the union of each set's complement $S^C$. This is represented mathematically as follows:

Complement of union of sets

Given $n$ sets, the complement of their union is equivalent to the intersection of each set's complement $S^C$. This is represented mathematically as follows:

Given the following information on what sports students of a class play:

We can represent this visually as follows: 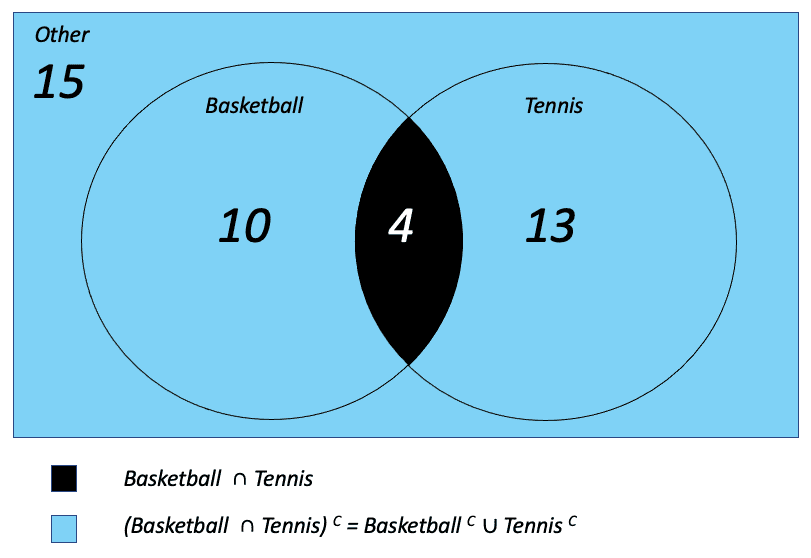 We can see in this example that indeed:

$(\text{Basketball} \,\cap\, \text{Tennis})^C$ is all students other than those that play both basketball and tennis.